These vehicles were also built on the same chasis as the WOT1 and were reinforced to carry CO2 as well as foam.

These vehicles were built on the same chassis as the WOT1  and had a hand operated ladder and monitor type branch pipe. 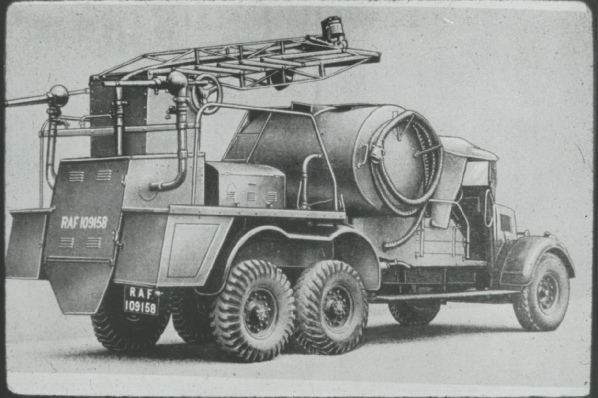 Built on an Austin 6 x 4 Model K6 chassis, this truck had four banks of six 60lb CO2 cylinders. It came into service in 1945 and was the first crash tender to employ CO2 gas only as an extinguishing medium.

Early rescue vehicles were equipped with foam and CO2 hand held fire extinguishers, a short ladder and an assortment  of hand tools for breaking in and cutting airframes of crashed aircraft.

A gallery of crash/fire trucks from years gone by