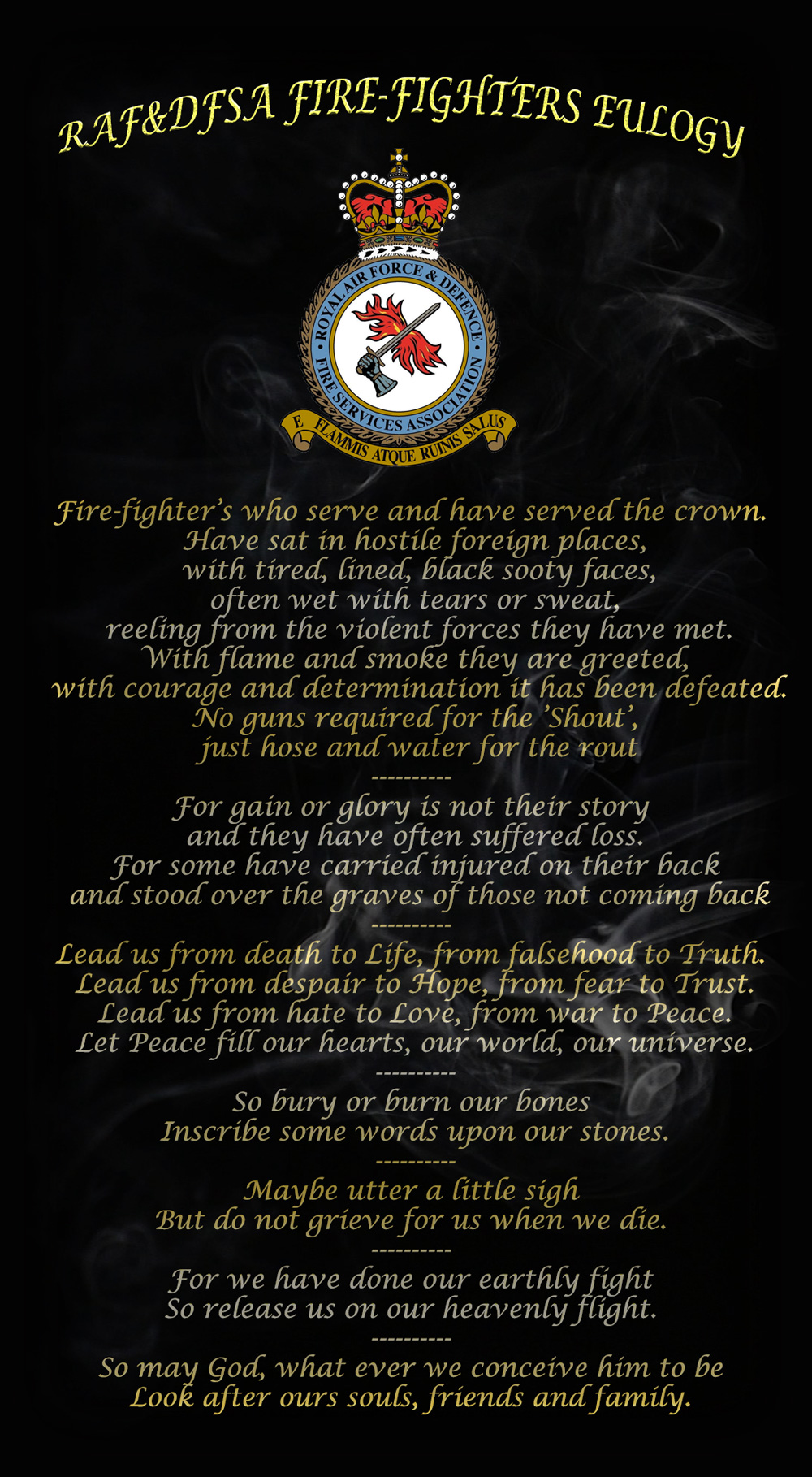 The RAF & Defence Fire Service has a book of remembrance where the names of our fallen comrades are recorded.  The poem below was produced by Steve Harrison and is a combination of his own work, some lines from Mick Goupillot and a prayer from  Satish Kumar, who was a Jain monk.

Death notices received in  2022 are posted below.  To view previous listings please click the links above. 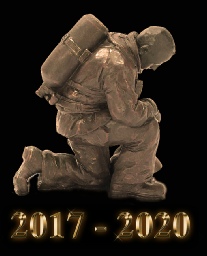 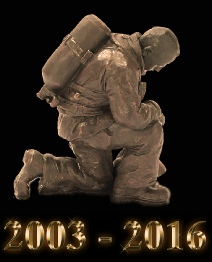 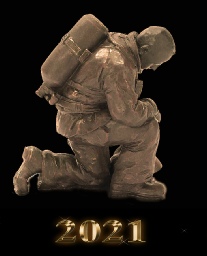 It is with great sadness and with the permission of the family that I inform you that John Young (FS Rtd), passed away yesterday afternoon. Rest in Peace John, you will be missed by many, condolences to the family and friends

John's funeral Service will be held on 03-May at 15:00.  It will be at the North Devon Crematorium, Old Torrington Road, Barnstaple, EX31 3NW, followed by a get together at The Cedars Inn, Bickington Road, EX31 2HE.

Anyone that wishes to attend will be most welcome.

Yesterday I was given the sad news that after suffering a major stroke in November, David Tomlinson (better known to old friends and colleagues as Tommo), passed away on Wednesday in Boston Hospital with his family by his side.

Funeral arrangements have yet to be finalised but it’s likely to be in Grantham with the wake being held in Sleaford, Lincolnshire.  If anyone would like to attend, please message me privately and as soon as I have all the details I will let you know.

Learned via Facebook that ex-RAF Firefighter Dave Blackburn passed away on the 6th of this month.  Dave served at RAF Coltishall in the late 70s, more information to follow when known

I regret to have to pass on the sad news that Gordon Hinds passed away recently, no other details are known at this time.

I regret to have to pass on the sad news that Leslie Hertz passed away on the 5th of April. Leslie was one of our founder members. He joined the Association on the 28th Aug 1995, the day it all began.His contribution to the Association over the 25+yrs was immense and he will be sadly missed by those members who knew, worked and served with him.

I’ve just received a call from Frankie, the daughter of Steve Davey, member no 670, to say that Steve passed away on 21st April after suffering a stroke followed by Pneumonia.

Steve joined the RAF in 1953 and trained at Sutton-on-Hull after which he was stationed at:

Steve’s funeral will take place on Friday 13th May at 11.00am at Chanterlands Crematorium, Hull.  All are welcome to attend and say goodbye to Steve. 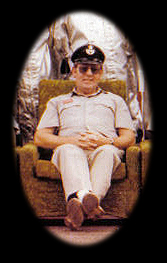 Sorry to have to pass on the sad news that Member number ex RAF Fireman Michael Urquhart passed away a short while ago.

With the permission of Christine, it is with great sadness that I have the duty to inform you of the passing of Malcolm Ray, Cpl retired. This will be sad news to many as Mal, was so well liked by all that were fortunate enough to have known him.  He trained at Catterick in the 1960's and subsequent postings included:

No flowers but please make charity donations to The Royal Air Force Benevolent Fund, click here to do it on line.